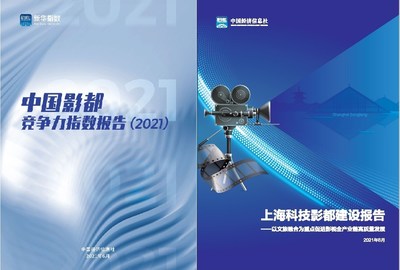 Since construction started in 2018, Shanghai Hi-Tech Films and Television City has been guided by the strategy of the G60 high-tech corridor in the Yangtze River Delta, continued to promote the sci-tech innovation as a window open to the world with its business environment continuously optimized and the influence steadily increased.

According to the construction plan of Shanghai, Songjiang New City is expected to develop cultural and creative tourism, film and television media and other characteristic functions, which brought opportunities and driving forces for the development of Shanghai Hi-Tech Films and Television City.

From January to May, Songjiang newly introduced 565 film and television enterprises with a year-on-year increase of 40.2 percent.

At the press conference, a series of projects in the City with major industry influence and technological foresights have been released with a total value of 20 billion yuan.

A report on the competitiveness index of China’s film and television cities was released by China Economic Information Service (CEIS). According to the report, Shanghai Songjiang ranks the second in its competitiveness and Shanghai’s superior business environment, especially its leading international investment attraction, financial capital convenience, and intellectual property protection environment, has become a favorable advantage for Songjiang to attract investment.

The report on the construction of Shanghai Hi-Tech Films and Television City was also released at the press conference. It is believed that Shanghai should coordinate its city resources, use film and television bases as a platform to attract tourists with authentic and meaningful tourism content.

Experts suggest that the construction of Shanghai Hi-Tech Films and Television City should give full play to the advantages of the annual Shanghai International Film Festival, promote the organic integration of film and television, performing arts, animation and games, and improve the diversified financial service system.