LONDON, June 17, 2021 /PRNewswire/ — Today marks the launch of the 15th edition of the Global Peace Index from the international think-tank the Institute for Economics & Peace (IEP). 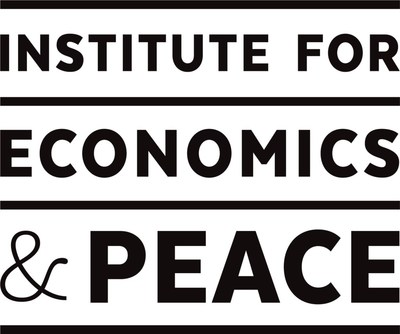 The 15th edition of the annual Global Peace Index (GPI) report, the world’s leading measure of global peacefulness, reveals that the average level of global peacefulness deteriorated for the ninth time in twelve years in 2020. Overall, 87 countries improved in peacefulness, whilst 73 deteriorated. This was the second smallest in the history of the index but the report also reveals that improvements in peace are more gradual than declines. As much of the world looks towards a COVID-19 recovery, increased civil unrest and political instability will be important to navigate.

Iceland remains the most peaceful country in the world, a position it has held since 2008. It is joined at the top of the index by New Zealand, Denmark, Portugal, and Slovenia. Afghanistan remains as the least peaceful country in the world for the fourth consecutive year, followed by Yemen, Syria, South Sudan, and Iraq. Eight of the ten countries at the top of the GPI are located in Europe. This is the largest share of European countries to be ranked in the top ten list in the history of the index.

The largest improvement in peacefulness occurred in the Middle East and North Africa (MENA) region, which recorded significant reductions in conflict; however, it is still the least peaceful region in the world. Iraq recorded the second largest improvement globally after Ukraine. Burkina Faso experienced the biggest deterioration of any country in the world, falling 13 places.

Steve Killelea, Founder & Executive Chairman of IEP said: «The COVID-19 pandemic has accelerated shifts in global peacefulness. Although there was a fall in the level of conflict and terrorism in 2020, political instability and violent demonstrations have increased. The economic fallout from the pandemic will create further uncertainty, especially for countries that were struggling prior to the pandemic.»

Fuelled by the pandemic the key negative trend this year is the global rise in civil unrest.

The largest regional deterioration in peacefulness occurred in North America, due to the increased levels of political instability, homicides, and violent demonstrations. Events such as the storming of the Capitol building and widespread protests across the United States in support of the Black Lives Matter movement increased civil unrest, political instability and the intensity of internal conflict in 2020.

As much of the world went into lockdown, the total level of political and civil unrest rose. Between January 2020 and April 2021, over 5,000 pandemic-related violent events were recorded, and 25 countries deteriorated in the violent demonstrations indicator – in comparison to just eight that improved. The violent demonstrations score is now the highest since the inception of the index, with the largest deteriorations occurring in Belarus, Myanmar, Russia, the United States, and the Kyrgyz Republic.

During the pandemic, countries with higher levels of peacefulness had more resilient economies. High Peace* countries recorded reductions of less than 7% in total hours worked, while low Peace countries recorded up to 23% according to IEP’s Business & Peace Report 2021.

The full post-pandemic recovery will not be quick or easy. It is also likely to be uneven, and countries with weak fiscal situations will find it harder than others. Equatorial Guinea, Sierra Leone, and Laos are amongst the countries considered to have the greatest risk of large falls in peacefulness.

Although Europe experienced a number of protest events last year, the region remains the most peaceful in the world; however, political instability rose across the continent, along with key indicators of Militarisation, including military expenditure, weapons imports, and nuclear and heavy weapons capabilities.

Global militarisation has increased over the past two years with more countries increasing military expenditure and their armed services personnel rate. This is a reversal of the trend of the prior decade where 105 countries had improved, while 57 deteriorated. The US, China, Germany and South Korea had the largest increases in military expenditure in the last two years.

The death toll for terrorism continues to decline, with total deaths from terrorism falling for the last six consecutive years. Preliminary data for 2020 suggests that less than 10,000 deaths were caused by terrorism.

Despite the total number of conflict-related deaths falling since 2014, the number of conflicts globally increased by 88% since 2010. However, new conflicts are emerging in the Sahel and the Horn of Africa with sub-Saharan Africa accounting for over 65% of total violent conflicts in the 2021 GPI. Preliminary data suggests that this trend is likely to continue.

Thomas Morgan, Associate Director of Research, says: «Violence is a very real and significant threat to many people around the world. Over 60% of people globally are worried about being the victim of violent crime. However, despite the high fear of violence most people feel the world is getting safer. Nearly 75% of people globally felt that the world was as safe or safer than 5 years ago.»

Violence remains a pressing issue for many people globally and is cited as the biggest risk to daily safety in almost a third of countries. Over half of the population in Afghanistan, Brazil, South Africa, Mexico, and Dominican Republic reported violence as the greatest risk to their safety in their daily lives.

For more information and to download the Global Peace Index 2021 and also the Business & Peace Report 2021, visit visionofhumanity.org and economicsandpeace.org

About the Global Peace Index (GPI)

Produced by the international think-tank the Institute for Economics & Peace (IEP), the GPI report presents the most comprehensive data-driven analysis to date on peace, its economic value, trends, and how to develop peaceful societies. The report covers 99.7% of the world’s population and uses 23 qualitative and quantitative indicators from highly respected sources to compile the index. These indicators are grouped into three key domains: Ongoing Conflict, Safety and Security, and Militarisation.