UNIVERSAL CITY, Calif., June 9, 2021 /PRNewswire/ — Next summer, dinosaurs will rule the Earth. This summer, F9 will rule movie theaters around the Earth. So, to thank fans worldwide for their passion for two of Universal Pictures’ most beloved franchises, Universal and Amblin Entertainment announced today that beginning June 25, every IMAX® screening of F9 will feature a Special Extended Preview of Jurassic World: Dominion, co-written and directed by returning filmmaker Colin Trevorrow, who also executive produced the film with franchise creator Steven Spielberg. 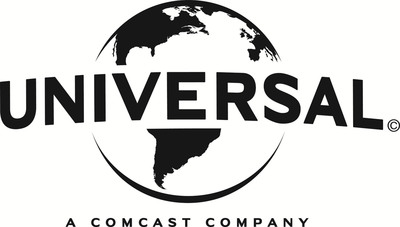 Trevorrow directed 2015’s Jurassic World, which went on to gross $1.67 billion worldwide and is the sixth-highest-grossing film in cinema history.  The Jurassic franchise, which celebrated its 25th anniversary in 2018, has grossed more than $5 billion at the worldwide box office.

The IMAX® exclusive allows fans to see the biggest, boldest chapter in the Jurassic series yet on the biggest screen and in the most thrilling way possible. «As part of our celebration welcoming moviegoers back into theaters this summer, we couldn’t think of a more perfect way to say, ‘thank you’ to the hundreds of millions of Jurassic and Fast fans around the world,» said Jim Orr, President of Domestic Theatrical Distribution for Universal Pictures. «This first look at Jurassic World: Dominion that Colin and his team put together is like nothing you’ve ever seen before. Even better, there’s simply no more perfect place to experience both the Dominion Preview and F9 than on a massive IMAX® screen. This really is the ultimate movie-fan experience.»

The five-minute Special Extended Preview of Jurassic World: Dominion, which audiences will be able to experience in full-screen 1:90:1 IMAX® aspect ratio, includes a prologue to the film’s narrative and is set 65 million years ago, during the Cretaceous period, when dinosaurs roamed the entire Earth. The breathtaking, action-packed scenes, featuring Oscar® winner Michael Giacchino’s iconic score, reveal what Earth looked like long before humans existed and tell the origin story of how dinosaur DNA first came to be carried by a mythic mosquito. The Preview features seven new species of dinosaurs, created by the legendary Industrial Light & Magic, that have never been seen in any Jurassic film before. But the Preview doesn’t end there and holds some real trademark Jurassic surprises with dinosaurs later roaming an Earth that is decidedly less theirs alone.

«Ever since I was a kid, I have wanted to see dinosaurs in their natural habitat,» director Colin Trevorrow says. «It may have taken a few decades, but with a little help from ILM, Universal and Amblin, it has finally happened. This Preview is just a glimpse of the film we’ve made. It’s an epic celebration of everything Steven Spielberg and Michael Crichton created, and I can’t wait to share it with the world next summer.»

«This sequence was made to be seen on the biggest screen possible. Luckily, IMAX theaters are back, and all over the world we’re returning to theaters because movies bring us closer together,» Trevorrow says. «I think we need that shared experience right now … maybe more than we ever have.»

As fans return to theaters for the release of F9 on June 25, this Special Extended Preview is a reminder of the power and beauty of the big-screen experience and the joy of sharing that experience with other people. «At IMAX, we’ve missed audiences as much as they’ve missed seeing movies in our theaters, and this is the perfect welcome-home present for everyone who loves movies,» said Megan Colligan, President of IMAX® Entertainment. «We are always thrilled to show the world’s most spectacular movies on the world’s most spectacular screens, and to help create moments and memories for audiences that last a lifetime. We’re proud to join with Universal, Amblin, and the Jurassic World and F9 filmmakers in offering this unforgettable and unprecedented cinematic experience.»

Tickets for IMAX® screenings of F9 are available now on Fandango.com, so fans can purchase their tickets to make sure they are among the first to see this exclusive Special Extended Preview. The Preview will be available at IMAX® locations only.

And the Jurassic World experience isn’t limited to theaters alone. Today, the highly anticipated Jurassic World VelociCoaster officially opened at Universal Orlando Resort, bringing to life Florida’s fastest, tallest launch coaster and one of the most intense coaster experiences ever created. This all-new species of roller coaster was conceived and designed by the award-winning Universal Creative team in partnership with acclaimed filmmakers from Universal Pictures and Amblin Entertainment, and combines a new Jurassic World story with jaw-dropping roller coaster maneuvers. The original cast from the movies—Chris Pratt, Bryce Dallas Howard and BD Wong—reprise their roles as Owen Grady, Claire Dearing and Dr. Henry Wu in the thrilling new attraction, which sends guests on an extreme adventure where they soar more than 150 feet in the air, catapult up to 70 mph in just 2.4 seconds and more through the raptor paddock and beyond with Blue, Charlie, Delta and Echo.

At Universal Studios Hollywood, Jurassic World—The Ride brings guests face-to-face with the extraordinarily realistic dinosaur, the Indominus rex, who stakes her claim at the ride’s finale in a forceful battle with her arch-rival, the Tyrannosaurus rex. Spanning nearly 55 feet from head to tail and over 22 feet in height, the fully articulated Indominus injects intense new thrills, excitement and intrigue to the already dynamic ride.

Jurassic World continues to be the definitive dinosaur brand, and with new launches planned for every week this month, Universal is showcasing the incredible strength of this blockbuster franchise. An instant fan-favorite, season 3 of Jurassic World: Camp Cretaceous – from Universal Pictures, DreamWorks Animation and Amblin Entertainment – is streaming now on Netflix. New action figures from Mattel, LEGO and other best-in-class toy, collectible, apparel and footwear partners are launching at retail beginning in June and throughout the summer, as well as reveals of new titles from publishing partner Insight Editions. Fans can also immerse themselves in settings inspired by Jurassic World with the Dallas-Fort Worth, TX, opening of Jurassic World: The Exhibition on June 18. Guests can download the Jurassic World Alive mobile game by Ludia for on-location activations tied to the exhibition.

About IMAX®
IMAX, an innovator in entertainment technology, combines proprietary software, architecture and equipment to create experiences that take you beyond the edge of your seat to a world you’ve never imagined. Top filmmakers and studios are utilizing IMAX theaters to connect with audiences in extraordinary ways, and, as such, IMAX’s network is among the most important and successful theatrical distribution platforms for major event films around the globe.

IMAX is headquartered in New York, Toronto, and Los Angeles, with additional offices in London, Dublin, Tokyo, and Shanghai. As of March 31, 2021, there were 1,652 IMAX theater systems (1,567 commercial multiplexes, 12 commercial destinations, 73 institutional) operating in 84 countries and territories. Shares of IMAX China Holding, Inc., a subsidiary of IMAX Corporation, trade on the Hong Kong Stock Exchange under the stock code «HK.1970.»

IMAX®, IMAX® Dome, IMAX® 3D, IMAX® 3D Dome, Experience It In IMAX®, The IMAX Experience®, An IMAX Experience®, An IMAX 3D Experience®, IMAX DMR®, DMR®, IMAX nXos® and Films to the Fullest®, are trademarks and trade names of the Company or its subsidiaries that are registered or otherwise protected under laws of various jurisdictions. More information about the Company can be found at www.imax.com. You may also connect with IMAX on Instagram (https://www.instagram.com/imax), Facebook (www.facebook.com/imax), Twitter (www.twitter.com/imax) and YouTube (www.youtube.com/imaxmovies). 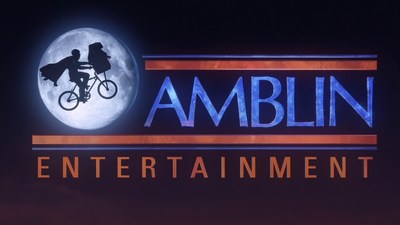