KAHNAWAKE, QC, June 5, 2021 /CNW Telbec/ – The Mohawk Council of Kahnawà:ke is repulsed that Canada’s Senate Banking, Trade and Commerce Committee has indeed decided to ignore Kahnawà:ke’s request for needed amendments – and a call to uphold a truly respectful process of reconciliation. They have instead made the decision to rush Bill C-218, without amendment, back into the full Senate, a move that threatens Kahnawà:ke’s ability to control its economic future and self-determination. 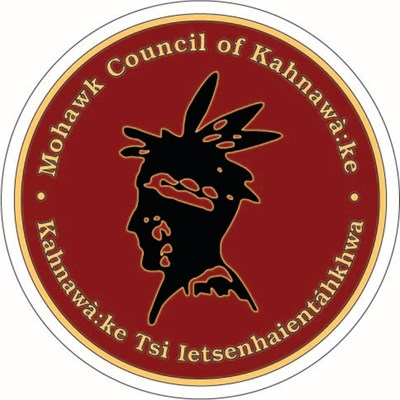 But this decision was not made before showing their true intentions. On a live parliamentary channel.

In the context of a clause-by-clause reading – and seemingly unaware that Committee members were still on camera – a specific Senator raised Kahnawà:ke’s request for amendments. The Senator asked her colleagues if the amendments were «something we want to look at or something we want to disregard,» later asking «how harmful» it would be to add the MCK’s amendments.

Indigenous peoples have spent generations being disregarded. Being ignored. And having their ability to shape their own future decided by others.

Other Senators later – still on a live feed – suggested non-binding, condescending, token language around «urging, encourage and support» Kahnawà:ke’s position rather than add the requested binding language provided to Senators.

In other words: all words, all optics – and no substance. An absolute and intentional disregard for, and disrespect of, Kahnawà:ke’s inherent rights and interests.

More importantly – and only after realizing their conversation was still being broadcast live – Senators cut their public discussion to move in-camera. They did not return, instead declaring later that the Bill moved forward to 3rd Reading, without changes.

It is crystal clear that the Senators in question had paid mere lip service to the parliamentary equivalent of a fixed sporting event: the outcome of C-218 had already been decided, and they had to go away from the glare of the cameras to hide their hypocrisy.

The irony of their decision is even more troubling given the heavy focus on match fixing issues throughout their deliberations.

Canada: Wake up! Indigenous voices deserve to be heard, and our rights and interests respected and meaningfully considered. The conduct and actions of the committee behind what they thought were drawn curtains, reflects on the Senate as the «chamber of sober second thought», and on the Canadian government as a whole. It exposes that reconciliation is clearly just window dressing and that just behind those curtains, systemic racism and colonialism are indeed alive and well in the government of Canada. Evidently, behind closed curtains Canada only chooses to hear ‘Indigenous’ voices from ‘Indigenous Associations’ when it fits the capitulation to Canada’s colonialist agenda.

Kahnawà:ke calls on all remaining Senators to take the responsibility of abandoning government perpetuation of colonialism and advance reconciliation seriously, by immediately supporting our proposed amendments to Bill C-218. In the coming days, we will be knocking on doors, seeking direct engagement. We will not stand by and watch the 25 years of self-sufficiency and socioeconomic benefits we have built for our community be appropriated.