SACRAMENTO, Calif., May 27, 2021 /PRNewswire/ — Sue Ann Van Dermyden, co-founder and Senior Partner of one of the nation’s top investigations law firms, announced today the addition of Senior Partner Eli Makus, and the rebranding of the Firm as Van Dermyden Makus Law Corporation. As Van Dermyden Makus, the law firm will continue to follow the vision that created one of the nation’s premier investigations law firms, with plans to grow in California and nationally. 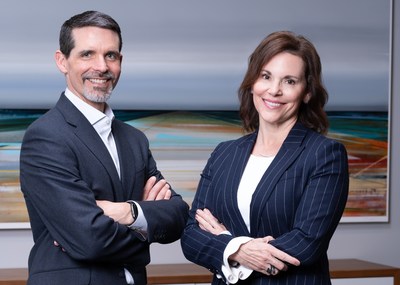 Deborah Maddux, who co-founded Van Dermyden Maddux with Van Dermyden 11 years ago, sold her interest in the Firm to Makus after identifying Makus as uniquely qualified to step in as a leader in the investigations field.  The decision resulted from an extensive succession planning process.  Maddux will stay on with the Firm for an additional year to help with the transition.

The Firm has grown rapidly each year since its founding, identifying early opportunities in employment law such as the demand for neutral investigations and specific Title IX expertise. Recently, the #MeToo movement and the nation’s racial awakening have accelerated that growth. At the same time, the COVID-19 pandemic has redefined the workplace and created new issues related to sexual harassment, political affiliation issues and general employment discrimination.

«We had tremendous success with Van Dermyden Maddux by seizing opportunities. As Van Dermyden Makus expands, we can help even more employers create a safe workplace for their employees,» said Van Dermyden. «The sky’s the limit. There are not a lot of law firms as large as ours dedicated solely to neutral employment work. We want to continue that vision.»

«Deborah, Eli and I have a long history of professional collegiality. That, coupled with tremendous trust and mutual respect, is a recipe for success. I’m both proud of what we’ve accomplished and excited about the future,» Van Dermyden added.

«I believe deeply in the value of the work we do in this industry,» said Makus. «Taking on the leadership of the Firm is a tremendous opportunity to continue this work on a broader platform. Preserving the continuity of vision between the past and the future is a key priority for the rebranded Firm. It’s a fantastic team and I’m thrilled to work with Sue Ann, who I have known for many years and for whom I have great respect.»

«It’s been an amazing journey,» said Maddux. «We saw a need in the market. We were in the right place at the right time and capitalized on trends. Sue Ann has been a great partner and now we have Eli. As I look to my own personal future, it was important to me that I leave my amazing team with another leader who embraces the culture of the Firm and can take them on a journey to the next level.»

As part of this transition, Van Dermyden Makus is rebranding visually with a look that invokes continuity with the original brand. The initials – VM – remain the same and continue to ground the redesigned logo. The updated public face of the Firm, including a relaunch of its website, solidly positions the Firm for this new chapter.

Van Dermyden, Maddux and Makus are leaders in establishing the investigations law industry.  They have been integral to the founding and growth of the Association of Workplace Investigators, which now has over 1,500 members worldwide. Makus is the incoming president for the association. After years of litigating employment cases in state and federal court, Van Dermyden and Maddux formed one of the first—and largest—law firms focused exclusively on conducting independent investigations of workplace and Title IX cases.

Van Dermyden has conducted numerous high-profile investigations, including allegations of sexual assault against Sacramento Kings coach Luke Walton. She has written and spoken extensively on employment law, conducted hundreds of training seminars and frequently provides expert opinion to the media on high-profile cases.

Makus is joining Van Dermyden Makus from Ellis & Makus LLP, where he was a founding partner, focusing on conducting impartial workplace investigations. After litigating disputes for many years and working as in-house employment counsel at a large health organization, Makus developed a reputation as a leader in the investigations industry. Makus will now operate as the Firm‘s managing partner.

Workplace investigations developed into a robust industry, which the Firm leads, because legislatures and courts recognized employers have a duty to understand, and act upon,  complaints of employee mistreatment. In turn, employers came to recognize the benefit of conducting thorough, unbiased investigations early in an employment dispute so they can make better decisions to protect their employees and their businesses. Through this work, employees have a fair, neutral forum in which to raise and address their concerns.