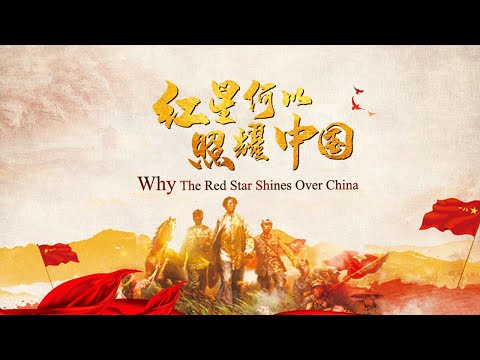 Why The Red Star Shines Over China? The army led by the CPC was finally forced to carry out a strategic transfer, known as the «Long March.»It was later proved that the arduous Long March revived the army. During the Long March, the CPC’s army fought all the way, and finally broke through encirclement by Chiang’s troops.

Marxist philosophy holds that the future is bright while the road ahead is tortuous. This also applies to the Communist Party of China (CPC) which believes in Marxism.

In 1933, Chiang Kai-shek, the then rival of the CPC, mobilized 1 million troops, acted as the commander-in-chief himself, and hired a large number of German military experts as consultants to draw up war plans. He also purchased large quantities of arms with huge loans from the United States and Britain, greatly improving the equipment performance of his troops.

All this was supposed to fight against the then only 12-year-old CPC.

At that time, Mao Zedong lost his leadership and command of the army. The actual leader Bogu, also known as Qin Bangxian, relied heavily on Li De (Otto Braun), the military adviser from the Communist International. However, Li was a foreign revolutionary. He did not know the actual conditions in China at all, but only borrowed the regular warfare experience from the Soviet Red Army, which led to the defeat of the war.

The army led by the CPC was finally forced to carry out a strategic transfer, known as the «Long March.»

It was later proved that the arduous Long March revived the army.During the Long March, the CPC’s army fought all the way, and finally broke through encirclement by Chiang’s troops.

The ragged and hard-hit Red Army fought bitterly at the Xiangjiang River, made four crossings of the Chishui River, fought their way across the Dadu River, and seized the Luding Bridge. The army climbed over snow-capped mountains, trekked across vast grasslands, and finally joined forces to defeat the enemy and establish new China.

Mao replied that it was the conflict between him and Zhang Guotao in 1935 during the Long March.

At that time, after the First and Fourth Front Armies joined forces, Zhang refused to implement the Central Committee’s policy of marching north, insisted on going south, and tried to split the Party and the Red Army.

To see a big picture and to resolve the adversity of the Red Army as soon as possible, Mao Zedong had to lead the central authority and the Third Front Army up the north overnight.

When Li Te,the deputy chief of the Fourth Front Army who was worked up, came together with a team of fully armed cavalry, Mao Zedong showed a very calm expression and said that they could go south and that he believed they would meet again in the future. «We are all from the Red Army, and from the Communist Party of China. We’re a big family, and will never fight against each other!

Now anyone who’d like to go north could follow the CPC Central Committee, and the rest could go back with Zhang Guotao. We’ll meet again in the future.»

Mao Zedong said,»With no precedent in recorded history, the Long March issued a manifesto, spread a message, and planted a seed.»

As the opposing forces of good and evil clashed, and a choice had to be made between light and dark, the CPC rooted itself deep among the people, uniting them and relying on them. With its own exemplary actions, the CPC won the genuine support of the people, who became an endless fountain of strength for the victory of the Long March.

During the Long March, the CPC also promoted the formation of the anti-Japanese national united front. The Chinese people deeply realized that the CPC worked for the people’s benefits and the Red Army was the people’s army.

The victory of the Long March justified what the CPC stands for, sowed the seeds of revolution, expanded the influence of the Party and brought the CPC more closely connected with its people.

In October 2016, at a gathering to commemorate the 80th anniversary of the victory of the Long March, Xi Jinping, general secretary of the CPC Central Committee, interpreted the «Long March spirit» as»regarding the fundamental interests of the people and nation above anything else,upholding revolutionary ideals and beliefs, and firmly believing that the cause of justice is bound to succeed; being willing to sacrifice everything for our nation and people when facing difficulties and obstacles;pursuing independence, seeking truth from facts and proceeding from reality; taking the overall situation into consideration, strictly observing discipline and uniting closely; relying firmly on the people, sharing weal and woe with the people, and struggling hard alongside the people.»

Looking back on the Long March, we can clearly see that it is not only a great expedition of human spirit and willpower, but also a great journey for the Chinese people to seek the rejuvenation of their nation under the leadership of the CPC.