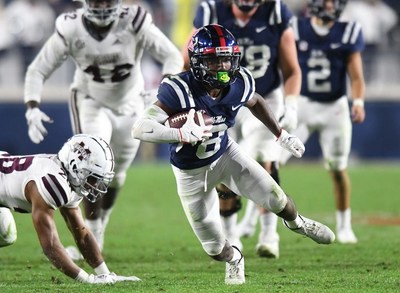 The awards program, which is co-sponsored by C Spire and the Mississippi Sports Hall of Fame and Museum, was moved from a live program to a virtual online format at msfame.com after an ongoing public health crisis caused some college sports to be discontinued and others to be rescheduled earlier this year due to health restrictions and concerns.

Austin, who finished in the top 10 in scoring (18.6 ppg) and rebounding (9.4 rpg) on the way to 1st team All-SEC honors, led the Lady Rebels and made 51.9% of her shots from the field.  She finished ahead of Jackson State guard Dayzsha Rogan for the C Spire Gillom Trophy.  Rogan earlier won the fan voting portion of the award.

Moore, who was selected by the New York Jets in the second round of the NFL draft in April, had 86 receptions, 1,193 yards receiving and eight touchdowns in a shortened SEC-only schedule.  He outpolled the other finalist, MSU cornerback Emmanuel Forbes, for the C Spire Conerly Trophy. Mississippi Valley State linebacker Jerry Garner won the fan voting segment.

Allen, who finished in the top 10 in batting (.388 average), slugging percentage (.628), and runs batted in (48), won the C Spire Ferriss Trophy, beating the other finalist, Ole Miss pitcher Doug Nikhazy, for the award.  He also won the fan voting segment and will lead the Bulldogs when they open in the SEC tournament on Wednesday.

Ole Miss offensive lineman Royce Newman also was selected as the 2021 recipient of the Entergy Hull Trophy as the state’s top college football offensive lineman.  Newman was drafted in the fourth round last month by the NFL’s Green Bay Packers.

About C Spire
C Spire is a diversified telecommunications and technology services company that provides world-class, customer-inspired wireless communications, 1 Gigabit consumer Internet access as well as a full suite of dedicated Internet, wireless, IP Voice, data, cloud and managed services for businesses.  This news release and other announcements are available at www.cspire.com/news. For more information about C Spire, visit www.cspire.com or follow us on Facebook at www.facebook.com/cspire or Twitter at www.twitter.com/cspire. 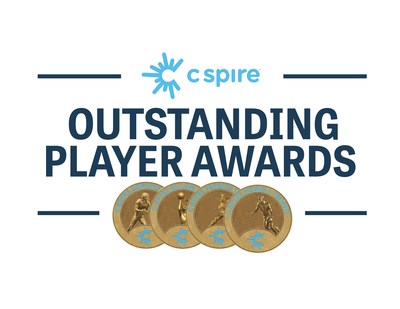