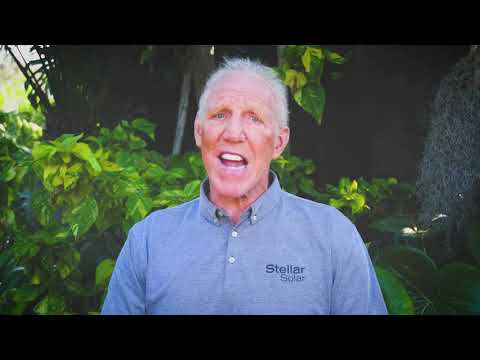 SAN DIEGO, May 26, 2021 /PRNewswire/ — Bill Walton, iconic NBA legend, broadcaster, and current Solar Evangelist for San Diego-based Stellar Solar — has teamed up with the California Solar and Storage Association (CALSSA) and a growing coalition of solar consumers and environmentalists to staunchly oppose AB 1139 (Gonzalez). Their joint efforts will bolster the fight against the utility-backed legislation that would kill the residential and commercial rooftop solar industry in California and the 65,000+ jobs that go with it.

Walton’s choice to join the statewide fight to save solar in California was a «no-brainer» like solar energy itself, as he put it. «This is about the future of California. Since I joined Stellar Solar as their Solar Evangelist, I’ve been privileged to be given a platform to use my name and voice to spread the solar message. The terrific, upward and dynamic trajectory of the solar, battery storage and electric vehicle industries has been the realization of a long time dream. And now this potential reversal — from the state that leads the nation in solar? This is a travesty. The utility monopolies are bringing out their massive power—which is derived from us, and our fees to them. I need to fight for the solar industry, and so do you. If the industry falls in California, there will be a domino effect across the country. I will not stand by and let that happen. This bill is sponsored by the California utilities who want to kill the solar industry, and force companies like Stellar Solar in San Diego, who have been in business 23 years with over 100 employees, to relocate out of California. This is my personal appeal to the California State Assembly, Senate, and Governor Newsom. Don’t be bullied by the utilities. This bill is not about the people, it’s about corporate greed and a profit grab. I am doing everything possible, with the help of Stellar Solar, to produce videos like the one in this release that we will make available to every solar related business in California to distribute via radio, TV, and social media. I am also engaging my friends in the sports, entertainment, business and media sectors to lend their voices to this critical cause. California should be doing everything possible to incentivize, enable, and empower its people on our path to a better tomorrow. AB 1139 is the extreme opposite of what we need to do to get to where we want to be.»

AB 1139 would mandate a $70 monthly fee for all solar systems – AND slash export credits by 80% — making rooftop solar more than twice as expensive as it is today, reversing course on promises made by the state.

Residential solar would go from a 5-7 year payback to 20-50 years!  Commercial solar would be equally hard hit including schools, farms, and faith based organizations.  Solar systems paired with energy storage would not escape the negative economics proposed by this bill – drastically impacting the battery storage industry as well.

The bill would also eliminate the cost savings for all ratepayers that would otherwise accrue thanks to rooftop solar. The bill would have utilities build more infrastructure even if cheaper alternatives are available, allowing them to reap a 10% return on investment.

For more information on lending your voice or donating to the cause email
bernadette@calssa.org

About Bill Walton
Bill Walton is a long-term advocate for clean energy and does his part by powering his home with solar, collecting rainwater, driving electric vehicles, and representing solar companies as a solar evangelist. He is an active board member of CleanTech San Diego.

Bill was born in downtown San Diego and raised in La Mesa, California, where his mom Gloria, still lives.  He exploded on the international basketball scene while attending Helix High School and went to UCLA as a scholarship player for John Wooden, winning three successive NCAA Player of the Year awards and helping UCLA to consecutive undefeated NCAA Championships (1972, 1973), and a record 88-game winning streak. He was selected as the #1 overall pick in the 1974 NBA Draft by the Portland Trailblazers who won the NBA Championship in 1977, earning Bill the NBA Finals MVP award that season. Bill won another NBA title, playing with the Boston Celtics in 1986.  Bill is a member of the NBA All Time Team and was inducted into the Basketball Hall of Fame in 1993.

When Bill could no longer play basketball, he began a career as a multimedia broadcaster, a career that has now spanned 30 years working for every major network and platform and has been with ESPN for many years now and is a multi-time Emmy Award winning on-air talent. He is a New York Times Best Selling author, with his memoir, «Back from The Dead.»

He is active in many philanthropic endeavors, and most recently co-founded the global initiative Bike For Humanity, a virtual biking fundraiser. 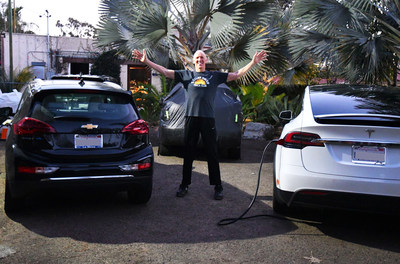 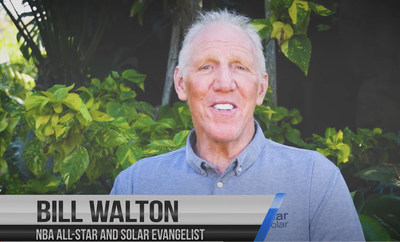