UNCASVILLE, Conn., May 27, 2021 /PRNewswire/ — Mohegan Gaming & Entertainment (MGE), developer of awe-inspiring integrated entertainment resorts (IER) worldwide, today announced the appointment of Ray Pineault as its President and Chief Executive Officer, effective immediately. In this role, Pineault will oversee all day-to-day operations for MGE, including ongoing brand growth and continuing to ensure MGE delivers unmatched personalized services and memorable guest experiences. This marks a truly exciting new chapter for the company as it successfully navigates out of the pandemic and through the ever-evolving world of integrated entertainment and the digital gaming landscape. Pineault has been acting as Interim CEO for MGE since March 31, 2021. 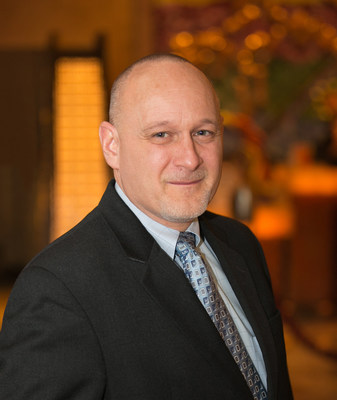 «I want to congratulate fellow Tribal member Ray Pineault as he assumes the role of President and Chief Executive Officer for Mohegan Gaming & Entertainment,» said James Gessner, Jr., Chairman of the Mohegan Tribe and MGE Management Board. «We are tremendously lucky to have someone of Ray’s caliber, experience and intellect taking on this role. His grasp of our organization and all its moving parts across nine worldwide properties is unmatched. Having someone with these abilities come from within our Tribal membership makes this day all the more meaningful. Today is a proud day for the Mohegan Nation.»

After 20 years of service to the Mohegan Tribe, including serving as President and General Manager of the brand’s flagship property, Mohegan Sun Connecticut, and most recently as Chief Operating Officer of MGE, Pineault brings a wealth of legal and business knowledge with him to the CEO role.

In this role, Pineault will be responsible for the overall success of MGE where, in alignment with the Tribal Council, he will create, communicate, and execute a global vision, strategy, and direction for the company, drive the company’s culture, values, and behavior, build a high performing executive team, and allocate capital to the company’s priorities. He will also drive the operational results of all MGE owned and affiliated properties – through overseeing the effective development, implementation and measurement of all strategic business plans including capital and operating budgets, marketing, technology, people, operations, development, and legal.

«I have dedicated my career to ensuring the success of Mohegan Gaming & Entertainment, and I look forward to the immense growth, development and accomplishments we will achieve in this next chapter together,» said Ray Pineault, President and Chief Executive Officer of MGE. «I am grateful to the Mohegan Tribe for this opportunity and will work tirelessly to uphold our values and traditions, both here in the United States and in the communities around the world in which we operate.»

About Mohegan Gaming & Entertainment
Mohegan Gaming & Entertainment (MGE) is a master developer and operator of premier global integrated entertainment resorts, including Mohegan Sun in Uncasville, Connecticut, Inspire in Incheon, South Korea and Niagara Casinos in Niagara, Canada. MGE is owner, developer, and/or manager of integrated entertainment resorts throughout the United States, including Connecticut, New Jersey, Washington, Pennsylvania, Louisiana, as well as Northern Asia and Niagara Falls, Canada, and Las Vegas, Nevada. MGE is owner and operator of Connecticut Sun, a professional basketball team in the WNBA. For more information on MGE and our properties, visit www.mohegangaming.com.