INDIANAPOLIS, May 22, 2021 /PRNewswire/ — In a pre-specified analysis of the Phase 2 SERENITY study, Eli Lilly and Company’s (NYSE: LLY) mirikizumab improved fatigue in patients with moderately to severely active Crohn’s disease (CD) at 12 weeks, as measured by the mean change in FACIT-Fatigue scores compared to placebo, with improvements that were sustained up to one year. These results are being presented virtually at Digestive Disease Week® (DDW), May 21-23, 2021.

Mirikizumab is being studied for UC and CD, two forms of inflammatory bowel disease that can cause serious and debilitating symptoms, and disruptions in daily life.

«New data at DDW show that fatigue is more than a symptom of ulcerative colitis and Crohn’s disease – two chronic, inflammatory bowel diseases that can be challenging to treat. It can also be an important predictor for the severity of a person’s disease and the potential impact it has on their quality of life,» said Miguel Regueiro, M.D., chair of Gastroenterology, Hepatology & Nutrition at Cleveland Clinic and lead author of these analyses. «The data from Lilly’s Phase 2 study show mirikizumab may help improve fatigue in patients with moderately to severely active Crohn’s disease, reinforcing the importance of further study into mirikizumab as a potential treatment for those living with this disease.»

At one year, improvements in fatigue were sustained among those treated with mirikizumab. For methodology, see «About the Analyses» section below.

In addition to these data, previously-presented results evaluating the efficacy and safety of mirikizumab through 52 weeks will also be presented virtually at DDW this year. In this study, the safety results were consistent with that of mirikizumab in UC and with the class.

Fatigue Among Patients with UC or CD is Associated with Higher Levels of Disease Activity, Decreased Work Productivity and Reduced Well-Being

In a real-world data analysis of the Study of a Prospective Adult Research Cohort with Inflammatory Bowel Disease (SPARC IBD), more than 40% of patients with UC (n=181) and nearly half of patients living with CD (47.7%, n=431) reported living with fatigue, as measured by those who indicated whether they had experienced fatigue within the last week.

Results from two analyses of a cross-sectional survey were also presented at DDW, which evaluated the burden of fatigue and rectal urgency, respectively, among 1,057 patients with UC and 1,228 patients with CD.

«Fatigue is a key symptom to monitor in people living with ulcerative colitis and Crohn’s disease, as it is prevalent in both conditions and associated with higher levels of disease activity, decreased work productivity and worse quality of life,» said Prentice C. Stovall, Jr., Global Development Leader, Immunology at Lilly. «Lilly is excited to present data that offer important insights for gastroenterologists when treating patients with UC and CD, and they reinforce the need for additional treatment options that can offer meaningful improvements for the burdensome symptoms of these diseases.»

About Mirikizumab
Mirikizumab is a humanized IgG4 monoclonal antibody that binds to the p19 subunit of interleukin 23. Mirikizumab is being studied for the treatment of immune diseases, including ulcerative colitis and Crohn’s disease.

About the Mirikizumab Phase 2 Trial in Crohn’s Disease
SERENITY, the Phase 2, multi-center, randomized, parallel-arm, double-blind, placebo-controlled trial was designed to assess the safety and efficacy of mirikizumab in patients with moderately to severely active Crohn’s disease. At baseline, participants were randomized with a 2:1:1:2 allocation across four treatment arms (placebo, mirikizumab 200 mg, mirikizumab 600 mg and mirikizumab 1000 mg). The primary endpoint was endoscopic response as determined by the proportion of participants achieving at least 50 percent reduction from baseline on the Simple Endoscopic Score for Crohn’s Disease (SES-CD) at Week 12. In May 2019, Lilly reported Phase 2 results showing more patients with moderate to severe Crohn’s disease receiving mirikizumab achieved clinical remission and response at 12 weeks. Overall, the safety profile at 12 weeks was consistent with that of mirikizumab in studies of ulcerative colitis and with the class.

About Crohn’s Disease
Crohn’s disease, which is a form of inflammatory bowel disease (IBD), is a chronic immune-mediated condition of the gastrointestinal (GI) tract. Crohn’s most commonly affects the end of the small bowel (the ileum) and the beginning of the colon, but it may affect any part of the GI tract, from the mouth to the anus. IBD, which is inclusive of Crohn’s disease and ulcerative colitis, affects 10 million people worldwide.

About Ulcerative Colitis
Ulcerative colitis is a chronic inflammatory bowel disease that affects the colon. UC occurs when the immune system sends white blood cells into the lining of the intestines, where they produce chronic inflammation and ulcerations. There is an unmet need for additional treatment options for UC that provide meaningful symptom relief, including bowel urgency, and deliver sustained clinical remission.

About Eli Lilly and Company
Lilly is a global health care leader that unites caring with discovery to create medicines that make life better for people around the world. We were founded more than a century ago by a man committed to creating high-quality medicines that meet real needs, and today we remain true to that mission in all our work. Across the globe, Lilly employees work to discover and bring life-changing medicines to those who need them, improve the understanding and management of disease, and give back to communities through philanthropy and volunteerism. To learn more about Lilly, please visit us at lilly.com and lilly.com/newsroom.  P-LLY

Lilly Forward-Looking Statement
This press release contains forward-looking statements (as that term is defined in the Private Securities Litigation Reform Act of 1995) about mirikizumab as a potential treatment for patients with ulcerative colitis and/or Crohn’s disease and reflects Lilly’s current beliefs and expectations. However, as with any pharmaceutical product, there are substantial risks and uncertainties in the process of drug research, development, and commercialization. Among other things, there can be no guarantee that future study results will be consistent with study results to date, that mirikizumab will prove to be a safe and effective treatment or that mirikizumab will receive regulatory approvals or be commercially successful. For further discussion of these and other risks and uncertainties, see Lilly’s most recent Form 10-K and Form 10-Q filings with the United States Securities and Exchange Commission. Except as required by law, Lilly undertakes no duty to update forward-looking statements to reflect events after the date of this release. 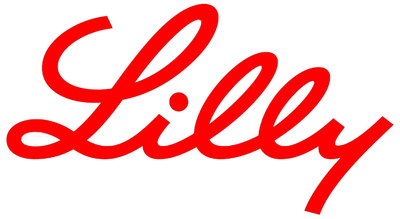