NYON, Switzerland, June 2, 2021 /PRNewswire/ — It’s the type of all-round partnership Hublot likes best: warm-hearted, full-orbed, and unrestricted, with club and watchmaker each able to rely on the other. On Saturday 29 May 2021, English side Chelsea FC reached the pinnacle of European football, beating Manchester City to claim their second UEFA Champions League victory. The win has sealed the sacred union between Hublot and the legendary club, which pulled off a unique and original game on Saturday to clinch the top spot. 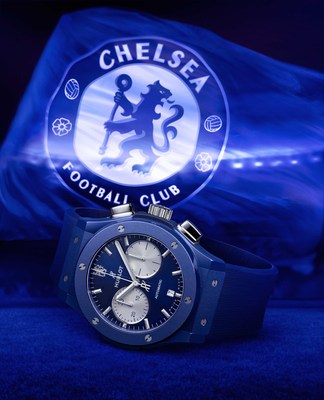 Hublot and Chelsea FC share the same philosophy by virtue of the fact that they inhabit similar worlds and are imbued with the same values. Hublot’s story has been inextricably interwoven with the beautiful game for exactly 15 years: in 2006, the Nyon-based firm announced its passion for soccer with the memorable slogan «Hublot Loves Football,» and embraced the sport in a way no other brand had previously.

That could have been Hublot’s final say – but in fact, it was only just getting started. Hublot went on to become the Official Timekeeper for all major UEFA competitions, and became a partner of Chelsea FC that same year – 2015. In 2016, 2017, and 2019, the manufacture scored a hat-trick of models specially designed for the «Blues,» as Chelsea fans call their side. To kick off, there was a Classic Fusion Chronograph in 2016, followed at «half time» (2017) by a special Big Bang Chelsea, before a return to the original legend with a second-half thriller for 2019, the Classic Fusion Chronograph Chelsea FC. This, the most recent limited edition to date, gave pride of place to ceramic – fittingly coloured blue in the club’s honour.

Hublot has not stopped there, either. Having announced that it was becoming the official timekeeper for the UEFA Champions League as a whole in 2015, in 2020 the firm released the Classic Fusion AeroFusion Chronograph UEFA Champions League, a limited edition of 100 pieces in blue ceramic. Today, the story has come full circle. In addition to Hublot being a key partner of a European-level association and of its foremost competition, bringing together the best European clubs, it is also the partner of what is now the continent’s most celebrated team: «champion of the champions» Chelsea FC.

«The spirit that guides our partnership with Chelsea is just the same as with any good team on the ground: we commit to a relationship of trust, for the long term. We weather hard times together, learn from them, and go on to win. Hublot has gone further than ever before in Fine Watchmaking, just as Chelsea has overcome every obstacle on the road to becoming Europe’s top champion. Together, we’ve worked on our technique and pushed back our limits. Together, our fans have propelled us into the soccer firmament. They were there for us – back at long last in a stadium, and roaring with passion right through until the final whistle, carrying Chelsea to the top. Hublot loves Chelsea!»
Ricardo Guadalupe
CEO of HUBLOT

Founded in Switzerland in 1980, HUBLOT is defined by its innovative concept, which began with the highly original combination of gold and rubber. This «Art of Fusion» stems from the imagination of its visionary Chairman, Jean-Claude Biver, and has been driven forward by CEO Ricardo Guadalupe since 2012.

The release of the iconic, multi-award-winning Big Bang in 2005 paved the way for new flagship collections (Classic Fusion, Spirit of Big Bang), with complications ranging from the simple to the highly sophisticated, establishing the extraordinary DNA of the Swiss watchmaking house and ensuring its impressive growth.

Keen to preserve its traditional and cutting-edge expertise, and guided by its philosophy to «Be First, Different and Unique,» the Swiss watchmaker is consistently ahead of the curve, through its innovations in materials (scratch-resistant Magic Gold, ceramics in vibrant colours, sapphire), and the creation of Manufacture movements (Unico, Meca-10, Tourbillon).

HUBLOT is fully committed to creating a Haute Horlogerie brand with a visionary future: a future which is fused with the key events and brands of our times (FIFA World Cup™, UEFA Champions League™, UEFA EURO™) and the finest ambassadors our era has to offer (Kylian Mbappé, Usain Bolt, Pelé).

Discover the HUBLOT universe at our network of boutiques located in key cities across the globe: Geneva, Paris, London, New York, Hong Kong, Dubai, Tokyo, Singapore, Zürich and at HUBLOT.com. 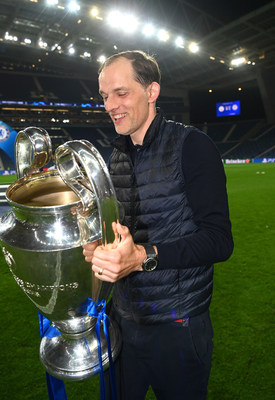 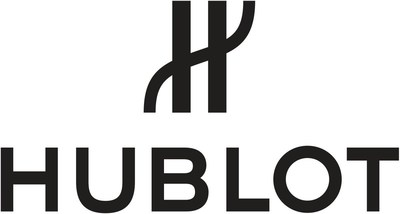