CHAMPAIGN, Ill., June 23, 2021 /PRNewswire/ — Flats or Spikes, Inc. has raised more than $900K to revolutionize data capture and data science for distance runners on Cross Country, Track and Field, road racing, and professional endurance sports teams in a Pre-Seed round of financing. Flats or Spikes is creating a mobile crowdsensing data science-based platform and universal timing system. This makes data capture easy, accurate, and affordable for teams of distance runners. Flats or Spikes solves the problem of teams still using paper to record split and race times at meets and practices. This time-consuming process requires coaches to record, correct, transcribe, and share results, long after an event. «Data in running quickly becomes unmanageable for the individual let alone teams,» says Paul S Miller, PhD, CEO and Co-Founder of Flats or Spikes. Flats or Spikes focuses on retiring paper records and making data collection, analytics, and visualization quick and easy. Data is available immediately for runners without the need for wearables or expensive timing systems. Paul adds, «It is critical that this information is available in real-time so that coaches can offer actionable insights and strategic advice based on in-the-moment split timing data during a race.» 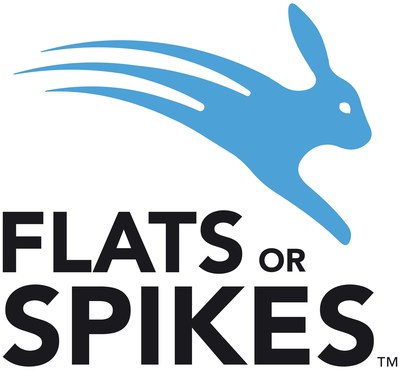 Flats or Spikes’ universal timing system also enables a first-of-its-kind virtual racing platform. «To be able to capture race data accurately, we had to develop a highly accurate source of truth when it comes to time, regardless of the specific mobile device in anyone’s hands,» says Brent Trenhaile, PhD and COO and Co-Founder of Flats or Spikes. «Our universal timing system unlocks the potential for virtual races at a global scale – with a single clock starting the race for thousands of people anywhere in the world at the same time, a first in the timing industry.»

The Flats or Spikes platform is built for distance running teams such as those in Cross Country and Track. «We have a ‘Data Meets People’ philosophy at Flats or Spikes,» Paul notes. «A coach has to manage People for training and competition, has to coordinate the logistics of getting the team to Meets, and then has to collect and analyze Data for the entire team.» Flats or Spikes’ platform makes building the team, setting up seasons, communicating, and collecting and analyzing data, easy.  «It’s a one stop shop for the running team that replaces many spreadsheets and many hours of data entry,» says Paul. «We distribute the work to the team, too, so everyone shares in the process of collecting data.»  To collect split timing data at meets and training, Flats or Spikes uses a crowdsensing approach where observers at the meet collect data for the teams. Since events are usually split into groups, team members are available to easily collect data, and everyone can participate equally.

The best endurance teams are data-centric teams. Flats or Spikes has big plans to add true personalized predictive analytics to running. «Once we have runners’ data coming into the platform, we can build a new data-centric future for running where the continual improvement process is based on a combination of physics and artificial intelligence. That’s our specialty at Flats or Spikes,» Brent says. «The data science of running is changing, and we want to be a big part of that new future where everyone learns and improves together injury-free,» Paul adds.

About Flats or Spikes
Flats or Spikes, Inc. is a crowdsensing data collection and predictive analytics company helping coaches and athletes to achieve their goals based on science of the human condition.  As a start-up, we focus on data, analytics, and science around sport and, particularly, athletic performance. We understand that sports, just like everything truly human, is a community.  We seek to serve this community and focus on it directly. We build this to openly create understanding for our customers, using their data to enable them to manage the previously unknown and measure «the it» – their greatness.  We help create the possible – quantifying performance of individuals, leaders, and teams to create continual improvement for everyone.