WEST CHESTER, Pa., May 22, 2021 Everett Stern, Republican US Senate Candidate for Pennsylvania will be attending the "Stand Up For Israel" Stationary Rally to be held at 16th Street and Ben Franklin Parkway in Philadelphia on Sunday, May 23.  The rally is expected to draw a wide range of guest speakers, religious leaders, elected officials and community leaders.  The Rally billed as a "Stand against Terrorism" starts at 2 p.m., and will include songs and prayers.  Stern, who is a Pro-Israel Candidate for Senate, has a long history of working to combat terrorism through his company Tactical Rabbit, a private intelligence agency. 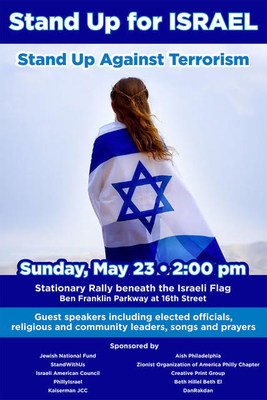