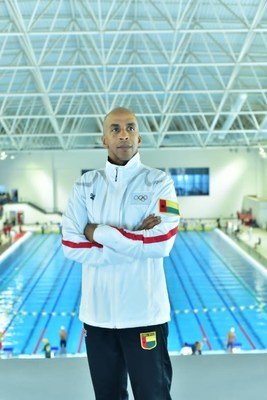 Though the Guinea-Bissau Swim Federation completed the requisite application and qualification processes prior to FINA’s stated deadlines for so-called «Universality Places,» FINA has chosen to deny the small African nation’s application to be represented for the first time at the Olympics in swimming, sparking an international controversy.

In a June 27th email to the Guinea-Bissau Swim Federation, Nahmee Cho of the FINA Sports Department, Swimming Coordinator, stated that, «the application for the Universality Places closed on 20 June 2021, and only the performances of swimmers achieved by the said closing date are valid for consideration.» However, FINA rules state that individuals can qualify in an approved FINA Olympic qualifying event until June 27, 2021, and that countries must have submitted application paperwork by June 20, 2021. Guinea-Bissau officials claim that they met both of these requirements, as Mr. Baleka’s application was submitted on June 17th, ahead of the deadline. Mr. Baleka then competed in the Egypt Swimming National Championships, a FINA-approved Olympic qualifying event, on June 26th, a day before the qualification deadline.

«Mr. Baleka has met all the eligibility requirements,» said Mario Ceesay, Mr. Baleka’s Business Manager. «FINA rules say that Universality applications are due June 20 and that approval will be announced on July 1. This suggests that Mr. Baleka, like all other swimmers in the world, has until June 27th to qualify. FINA rules did not state that Mr. Baleka’s qualification period was limited to June 20th, only that his application was due at that time. Enforcing an arbitrary change to the published rules would be unfair and violate the spirit of the Olympic Charter.»

FINA rules also state that countries «with no men or women with an «A» or «B» time standard will be allowed to enter their highest ranked men athlete or highest ranked women athlete in one individual event, based upon the FINA Points Table (2021 edition), through a performance in an approved FINA Olympic qualifying event.» Mr. Baleka is Guinea-Bissau’s highest-ranked and only male swimmer.

When asked about FINA’s rejection of his application, Mr. Baleka said. «I’m shocked! It wasn’t easy, but I satisfied every FINA requirement before the deadlines. It seems unfair that swimmers like Youssef Ramadan, Francesca Fangio, Srihari Nataraj, Sajan Prakash and others can qualify after June 20th, but for some reason I cannot.»  Noting that Guinea-Bissau has never had an Olympic swimmer, Mr. Baleka insists that his adopted country, Guinea-Bissau, has the right according to FINA rules, to send its highest ranked swimmer «as long as they perform in an Olympic qualifying event, which I did.» Mr. Baleka, the Guinea-Bissau Olympic Committee, and members of the international swim community continue to press FINA to apply its Universality rules consistently.