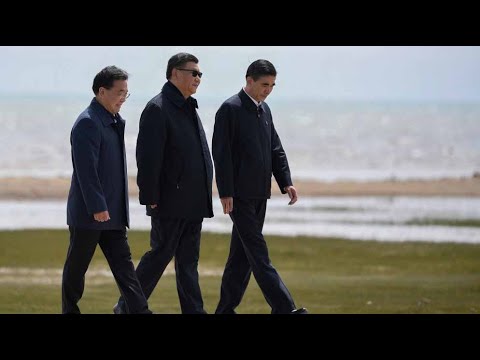 BEIJING, June 9, 2021 /PRNewswire/ — Behind its spectacular landscape and great harmony between man and nature, China’s Qinghai Lake, in the northeastern part of the Qinghai-Tibet Plateau, tells a real-life story about China’s unremitting efforts to enhance ecological protection of the «roof of the world.»

«Ecology is our resource, wealth and treasure,» Chinese President Xi Jinping said while inspecting the lake during his recent inspection tour of northwest China’s Qinghai Province.

Wrapping his inspection on Wednesday, President Xi stressed the need to always put the people first and advance reform and opening-up to promote ecological conservation and high-quality development on the Qinghai-Tibet Plateau.

Reiterating that «lucid waters and lush mountains are invaluable assets,» President Xi said preserving Qinghai’s environment is one of the country’s top priorities and called for the effective protection of the ecology of the world’s «third pole.»

In 2008, Qinghai Province launched a 10-year plan on the ecological environment protection and comprehensive management of the Qinghai Lake Basin with a total investment of 1.57 billion yuan ($226 million).

The scenic area of Qinghai Lake, dubbed the «most beautiful lake in China,» received 4.42 million visitors amid pandemic last year, with an annual tourism revenue of 265 million yuan ($41.5 million), according to local administration.

Still, efforts have been made to find a balance between protecting and developing the national nature reserve.

The Bird Island scenic spot was closed in 2017, leaving only a base for science education and waterbird monitoring facilities. Tourist facilities at Sand Island, another closed scenic spot, were also dismantled, and recreational programs like sand motorcycling and sliding were banned.

«The achievements in conserving the ecological environment of Qinghai Lake are hard-won and must be cherished, consolidated and expanded,» Xi said during his visit.

National park cluster on the plateau

During the latest inspection, President Xi also told local officials to double efforts in building a nature reserves system «centering on national parks, based on natural reserves and supplemented by various kinds of natural parks» to better protect the eco-environment and biodiversity.

China has pushed forward the construction of a national park cluster to improve the ecological environment of the plateau.

The province is also accelerating its efforts to build a national park around Qinghai Lake. Experts approved the master plan for the park in May.