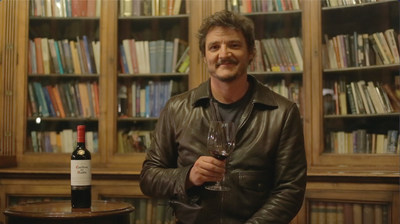 Called the most-searched star on movie-centric news site IMDb and one of Entertainment Weekly‘s Entertainers of the Year, Pascal recently wrapped filming the Wine Legend campaign spots in Santiago de Chile. The Pascal spots build on prior campaigns from Casillero del Diablo featuring dramatic cinematography and celebrated characters, and bring new energy to the iconic brand. In addition to appearing in the Wine Legend campaign, Pascal is now the brand’s official ambassador.

«The selection of Pedro Pascal as the new legend is a historic event for Casillero del Diablo, as it marks our first appointment of a global brand ambassador,» said Sebastián Aguirre, global marketing director for Casillero del Diablo. «Pascal is a celebrity well known around the world who is enjoying an extraordinary moment in his career. Originally from Chile, he shares many notable characteristics with our brand, including sophistication, trustworthiness and intrigue, among others.»

Casillero del Diablo—which means the «Devil’s Cellar»—is today the #1 Chilean brand (750ml) in the U.S.1 and is the second-most powerful wine brand in the world for four years running according to Global Wine Brand Power Index. Named the 2020 New World Winery of the Year by Wine Enthusiast magazine, Casillero del Diablo in 2020 accelerated to global volume of 6.6 million cases, a million more than was shipped in 2019 and up from three million cases in 2010.2 Fueling the brand’s remarkable growth, among ongoing quality and excellence in winegrowing, is the Wine Legend campaign series—now poised for its most legendary chapter yet with Pascal at the fore.

About Casillero del Diablo
Named for the «Devil’s Cellar,» where coveted wines were fiercely protected in the 19th Century, Casillero del Diablo was founded in the heart of Chile’s famed Maipo Valley in 1966. Today, Casillero del Diablo crafts award-winning wines that evoke Chile’s extraordinary wine regions, shouldered between the rugged terrain of the Andes Mountains and the foggy coastline of the Pacific Ocean. The collection includes a Cabernet Sauvignon sourced primarily from Maipo Valley; a Carmenere consistently acclaimed by wine critics; a bright, coastal Sauvignon Blanc; and a crisp Rosé. With more than 70 scores of 90 points and above in recent years, Casillero del Diablo is an unforgettable source for exemplary Chilean wines that live up to their legend. www.CasillerodelDiabloUS.com 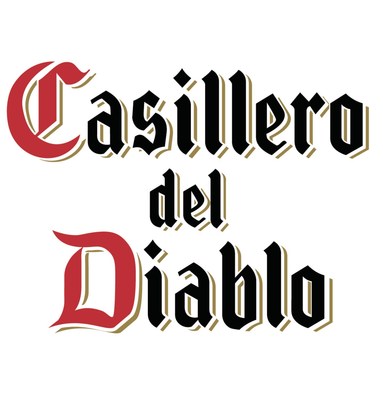