The Grio covers stories of Black people from Kampala to Atlanta, and the recently launched TheGrio.TV television network features African American-focused content–movies, sitcoms, dramas, concerts, talk shows, variety shows, game shows, news, and lifestyle content–reaching over 100 million U.S. households via over-the-air broadcast television stations, cable/telco/satellite platforms, and free digital streaming. With over 5.8 million unique visits/visitors in the most recent ratings period, The Grio website was number one amongst its competitors. In 2020, The Grio website achieved its highest monthly unique visitor total (10.5 million) since it was acquired by Byron Allen in 2016.

«The Grio is a leading brand in the African American community. It is also a crucial component of our global media company, and Geraldine Moriba is best suited to expand its editorial and audience reach,» said Byron Allen, Founder/Chairman/CEO of Allen Media Group. «Geraldine is an exceptional addition to our Allen Media Group family. Her editorial, programming and business development experience makes her an ideal choice as we continue to hire the best executives in the industry to lead our brands.»

«This opportunity to lead The Grio is like coming home. I was part of the original executive team that launched The Grio at NBC News in 2009,» says Geraldine Moriba, Senior Vice President of News & Entertainment for The Grio. «The difference is today we’re more than a digital news organization. We’re also available on streaming platforms, podcasts, television, and a mobile app coming this summer. In 2022, we’ll launch the first Grio Music, Comedy, Film and Empowerment Festival. It’s an exciting time to be leading this already amazing team.» 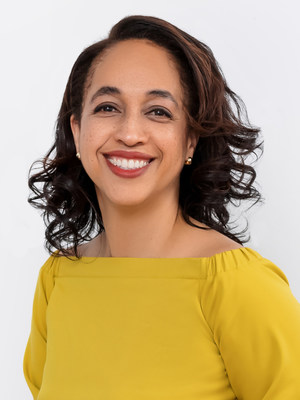