TALLAHASSEE, Fla., June 14, 2021 /PRNewswire/ — BNC, the nation’s first and only 24/7 news network committed to covering the unique perspectives, challenges and successes of Black and Brown communities, is elevating dedicated news media coverage of Juneteenth to a new level. Multi-day coverage from June 18-20 from locations across the nation, special historical features, a day of service, interviews and events will air across all day parts to highlight the holiday’s historical significance and commemorate the emancipation of Black slaves in America. 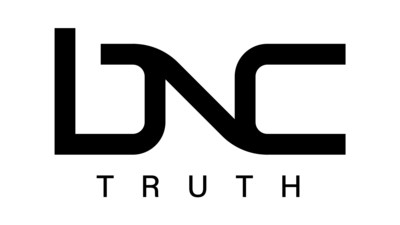 In addition to presenting widespread television coverage of Juneteenth parades and festivals from coast to coast, BNC is creating several Juneteenth traditions of its own. On Friday, June 18, BNC will host a community festival in the historic Castleberry Hill neighborhood of Atlanta, partnering with Black-owned businesses that create inspiring art, amazing food, great music and more to stage an uplifting celebration of Black culture. Several of BNC’s on-air talent, including Sharon Reed and Mike Hill of the Start Your Day with Sharon and Mike morning show (weekdays, 6-10 AM ET), will be on hand to broadcast from and take part in the festival on Castleberry Hill.

«The celebration of Juneteenth and the emancipation of Black slaves in America has flown under the news media’s radar for too long,» said Princell Hair, President and CEO of Black News Channel. «We’re committed to providing Juneteenth with the wraparound treatment it deserves and creating a destination for viewers to learn more about the holiday’s historical significance and tap into the many celebrations taking place across the country.»

Atlanta’s Castleberry Hill is on the National Register of Historic Places and is now home to a unique and diverse community that comprises what is believed to be the largest concentration of Black-owned dirt and Black-owned businesses in the nation. Bustling with retail shops, art galleries, restaurants and residential living, BNC has partnered with local government, schools and several Black-owned businesses to create an unparalleled Juneteenth community festival.  Event highlights will include a culinary experience hosted by a local chef, local merchant demos, art exhibitions, a photo booth, live broadcasts from Atlanta-based radio shows and BNC talent integrations. BNC Atlanta correspondent, Aiyana Cristal, will present interviews with several of Castleberry Hill’s business owners and residents as part of BNC’s coverage.

BNC’s Juneteenth programming will also feature live reports and packaged stories from Galveston, Texas, where the celebration of Juneteenth originated. BNC correspondent, Nerissa Knight, will be based in Galveston throughout the network’s holiday coverage. Galveston was one of the very last areas where African Americans were still enslaved in 1865. That ended on June 19—more than two months after the Confederacy’s surrender at Appomattox—when General Gordon Granger arrived with a force of 2000 Union troops and proclaimed freedom for all slaves, initiating a celebration that is now more than 150 years old.

In addition to BNC’s coverage from Galveston and Atlanta, the network will report live from Juneteenth celebrations taking place around the country, including New York, Dallas, and Houston over the course of June 18 and 19. Kelly Wright, co-host of BNC’s The World Tonight with Kelly Wright and Nayyera Haq (weekdays 5-7 PM ET), will also present an in-depth Juneteenth retrospective feature story that encompasses the holiday’s historical significance.

On Saturday, June 19, BNC will also organize the network’s first «Juneteenth Day of Service» in Washington, D.C., where employees, broadcasters and other volunteers will partner with the Capital Area Food Bank to prepare meals and serve those in need.

On Sunday, June 20, BNC’s multi-day Juneteenth presence in Atlanta expands to present live Championship Round coverage of the «Hoop it Up Juneteenth Jambouree,» a 3 x 3 basketball tournament from Marietta High School (12-3PM ET). Founded in 1989 and later acquired by former NBA superstar Kevin Garnett, Hoop it Up is recognized as the largest 3 x 3 basketball tour in the world. Now an Olympic medal sport for the first time, 3 x 3 basketball and Hoop it Up tournaments hold a strong position in the ethos of the sport’s culture. The organization’s grassroots and community-focused approach encourages diversity and inclusion through competition and camaraderie, much as sports have served as a positive unifier among athletes and sports fans over the years.  BNC’s Anthony Amey will provide play-by-play coverage of the Hoop it Up tournament and correspondent Aiyana Cristal will report from the sidelines.

«BNC is proud to host our inaugural Juneteenth Day of Service in Washington, D.C., as well as a celebration of our own in Atlanta’s Castleberry Hill, which will mark the first of many engaging community events that we will be presenting as we move forward,» said Hair.

BNC’s dedication to truth remains at the core of its mission to provide news free of bias and constraints, filling a major need for balanced reporting in today’s media landscape. Unlike the legacy cable news networks with established left or right-leaning positions, BNC is committed to presenting all sides of the issues and empowering viewers to form opinions of their own.

About BNC
BNC, the nation’s first and only provider of 24/7 multiplatform programming dedicated to covering the unique perspectives, challenges and successes of Black and Brown communities, is available in more than 52 million U.S. homes via linear systems and on more than 200 million connected devices. BNC fosters political, economic, and social discourse through impactful programming that features in-depth analysis and viewpoints, contextualizing these issues in history and illuminating their impact on the Black and Brown experience.  BNC’s commitment to truth and inclusivity is evident in its authentic, unbiased and unapologetic mission to inform, entertain and empower viewers. Please connect with us at bnc.tv and on Facebook, Instagram, and Twitter.