PROVIDENCE, R.I., June 9, 2021 /PRNewswire/ — Bally’s Corporation (NYSE: BALY), the premier, full-service, vertically integrated sports betting and iGaming company in the U.S., and Oscar de la Hoya’s KO Entertainment, a subsidiary of the world’s most elite boxing promotion company Golden Boy Promotions, Inc., today announced the formation of a strategic relationship that aims to incorporate unparalleled innovation, objectivity and gamification into combat sports, thereby transforming fan engagement. To unveil this initiative, the companies will broadcast a pilot of «Oscar de la Hoya’s KO Entertainment Presents Bally’s Fight Night» — a reimagining of how the sports of boxing and mixed martial arts («MMA») are presented, and the first development in the 2.0 gamification of combat sports.

Bally’s Fight Night will feature five professional MMA and four professional boxing contests displayed in a video game type presentation. Utilizing sensors and a custom built data tracking dashboard, a variety of objective data points such as punch force, and punch combinations thrown and landed, will be captured in real time. Through the use of sports science, the data will be conveyed in an on-screen power bar, similar to those displayed in video games, summarizing a fighter’s total absorbed damage. By collecting, analyzing and integrating this data into future broadcasts, Bally’s and KO Entertainment will offer unparalleled objectivity that will create a more rewarding and safer experience for fighters, while also increasing transparency. To further enhance the gamification of combat sports and the viewing experience, Bally’s intends to integrate Monkey Knife Fight, its daily fantasy sports platform, into live broadcasts.

Soo Kim, Chairman of Bally’s Corporation’s Board of Directors, said, «This partnership represents an extraordinary opportunity to bring together experts in gaming, media and combat sports to breathe new life into boxing and mixed martial arts. By integrating our innovative technology and interactive gaming platforms into combat sports, we will create new and transformative ways for audiences to engage with our live broadcasts. We look forward to unveiling the pilot of Bally’s Fight Night, which represents just the beginning of this journey, and invite viewers to tune in for what should be an incredible night of entertainment.»

Oscar de la Hoya, Chairman and CEO of Golden Boy Promotions, commented, «We have the utmost respect for the storied history and tradition of boxing and mixed martial arts. By partnering with Bally’s, and working to develop this innovative product, we believe that we can deliver real-time, data-based insights into the punch-by-punch action, creating a level of transparency and objectivity that has never existed before. We will also provide an experience that is more easily understandable for the average viewer, and at the same time more rewarding and safer for fighters.»

The «Bally’s Fight Night» pilot will be broadcast on Stadium, the digital and over-the-air television network owned by Sinclair Broadcast Group, on Wednesday, June 9, 2021 at 5:00pm ET/2:00pm PT. Fans interested in viewing Bally’s Fight Night can access the broadcast via https://watchstadium.com/live/ballys-fight-night/ and https://watchstadium.com/live/ballys-fight-night-2/. They can also track the action by following #BallysFightNight on Twitter and @BallysFightNight on Instagram.

With more than 6,000 employees, the Company’s operations, pro forma for pending acquisitions, include 15,558 slot machines, 465 table games and 5,355 hotel rooms. Upon closing the previously announced Jumer’s Casino & Hotel (Rock Island, IL) and Tropicana Las Vegas (Las Vegas, NV) transactions, as well as completing the construction of a land-based casino near the Nittany Mall in State College, PA, Bally’s will own and manage 16 casinos across 11 states. Bally’s also maintains a multi-year market access partnership with Elite Casino Resorts, through which it will provide mobile sports betting in Iowa, and a temporary sports wagering permit to conduct online sports betting in the Commonwealth of Virginia. Its shares trade on the New York Stock Exchange under the ticker symbol «BALY».

KO Entertainment looks to enfranchise all collaborators from athletes to creators under one roof with ONE common purpose. Which is to develop culturally significant new media content, marketing & brand extensions that uplifts all Latino communities worldwide through its united love for sports and entertainment.

Founded in 2021 by superstar Oscar De La Hoya, whose known around the world not only as one of the best fighters of his era, but as an elite promoter, Grammy- nominated singer, astute businessman and active philanthropist.

Los Angeles-based Golden Boy was established in 2002 by Oscar De La Hoya, the first Hispanic to own a national boxing promotional company. Golden Boy is a media and entertainment brand committed to making fighting entertainment more accessible and affordable. The company’s in-house production team develops creative original programming for RingTV.com and international channels across the globe.

The company holds the exclusive rights to top boxers and has promoted some of the biggest and highest grossing events in the history of the sport. Now, Golden Boy is one of the most successful boxing entertainment companies in the world and shapes the future of boxing for fighters and fans alike through its 2019 partnership with streaming platform, DAZN.

Important factors beyond those that apply to most businesses, some of which are beyond Bally’s control, that could cause actual results to differ materially from our expectations and assumptions include, without limitation:

The foregoing list of important factors is not exclusive and does not include matters like changes in general economic conditions that affect substantially all gaming businesses.

You should not place undue reliance on Bally’s forward-looking statements. 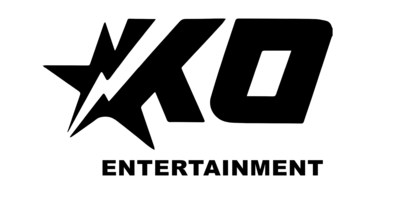 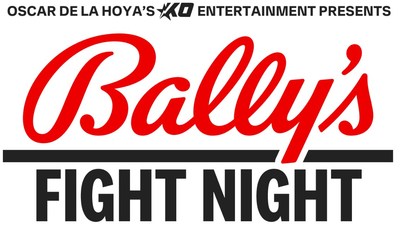