MARKHAM, ON, June 9, 2021 /CNW/ – Honda offered a first glimpse of the all-new 2022 Civic Hatchback today ahead of its global reveal on June 23 at 9 p.m. EDT during the Civic Tour «Remix» virtual concert on YouTube. 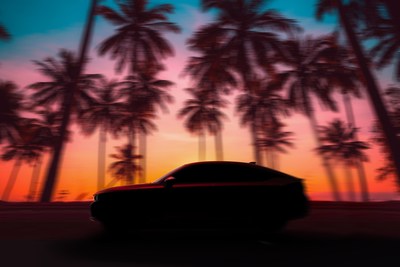 Built in the U.S. for the first time, the Civic Hatchback will be produced at Honda’s Greensburg, Indiana manufacturing facility and will arrive at Honda dealerships later this year.

Continuing the excitement around the fan-favourite Honda Civic Tour, the 2022 Honda Civic Hatchback will make its world debut during the Civic Tour «Remix» virtual concert on Wednesday, June 23, at 9 p.m. EDT on the Honda Stage YouTube channel: youtube.com/HondaStage.

Fans can tune in to the 2021 Civic Tour «Remix» featuring a performance by OVO Sound Recording artists and burgeoning pop duo, Majid Jordan, who will collaborate with Civic Tour headliner H.E.R. on a remix of her April 28 Civic Tour virtual concert. View the Civic Tour Remix announcement video here.

More information on the 2022 Civic Hatchback, plus photography and video, will be released on June 23.

About Honda Canada
Honda Canada Inc. was founded in 1969 and is the parent company for both Honda and Acura vehicle brands in Canada. Since 1986, the company has produced Honda engines and more than nine million cars and light trucks at its Alliston, Ontario manufacturing facilities, where the Honda CR-V and Honda Civic are currently built. Honda Canada has invested more than $4.7 billion in Canada, and each year it sources nearly $2.1 billion in goods and services from Canadian suppliers. Honda Canada has sold more than five million Honda and Acura passenger cars and light trucks in Canada. For more information on Honda Canada, please visit www.hondacanada.ca.