FORT MYERS, Fla., June 14, 2021 /PRNewswire/ — Evolution Development Group, Inc. (EVO) today announced that Ivan Lendl, former #1 ranked tennis player in the world and winner of eight Grand Slam singles titles  will join EVO as its newest advisory board member. In his role, Ivan will lend his expertise and perspective as an elite world class athlete and coach to focus on elevating the performance of all EVO athletes. 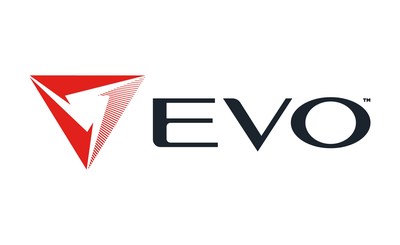 «The next generation of elite athletes needs strong teams around them which is what attracted me to EVO,» said Lendl.

Ivan’s impressive track record boasts being the #1 ranked tennis player in the world for 270 weeks during a career in which he won 94 Tour titles before retiring from tennis in 1994. Ivan is widely credited with changing the nature of professional tennis with his focus on preparation, nutrition, fitness and attention to detail and will now be sharing his training process with EVO.

Following his playing career, Ivan turned to golf where he has played at various levels as well as coaching and consulting to the next generation of athletes. Ivan has worked with the US Tennis Association in their development program and, most notably, has coached British star Andy Murray who he guided to three Grand Slam victories as well as two Olympic Gold Medals and the world #1 ranking.

Murray recently said during a Junior Tennis Champions Center (JTCC) event honoring Lendl, «His mindset is pretty unique…the fact that you can always improve and must never stand still. The mindset of a Champion.»

«The next generation of elite athletes needs strong teams around them which is what EVO is building and what attracted me to EVO,» said Lendl. «I look forward to working with the team at EVO to put in place a system and a process that can help these athletes reach their goals.»

«Having Ivan as an advisor for EVO will enable our athletes to learn first-hand what it takes to be physically and mentally prepared to compete at the top level of any sport,» said EVO Founder and CEO John Norman.  «Ivan is known for being an aggressive competitor with an intimidating will and a ferocious appetite for victory. His positive energy and enthusiasm will benefit all EVO athletes.»

EVO is currently establishing an elite team of partners, advisors and investors who are all vested in mentoring the future champions across motorsports, golf, MMA/Boxing, tennis and more.  When an athlete signs onto team EVO, they are accepting the coaching and financial stability they need which will allow the driver to focus solely on winning.  In exchange, EVO investors receive a percentage of the athletes’ future winnings and sponsorships.

For more information about EVO or to invest, go to www.evoinvest.com.

ABOUT IVAN LENDL
Ivan Lendl is a Czech-American former professional tennis player. He was ranked world No. 1 for 270 weeks and won 94 singles titles. At the majors he won eight titles and was runner-up a record 11 times, a record tied with Roger Federer.

ABOUT EVO
EVO is a revolutionary athlete-development company which plans to eliminate the financial burdens of tomorrow’s champions and change the way fans experience sports through the power of investment. EVO aims to take skilled professional athletes in individual sports and provide them with world-class development and support, in exchange for a share of future earnings. A portion of those earnings will be shared with EVO investors, and this model will allow athletes to focus on winning, without the burdens of financial constraints.

HOW TO INVEST
If you are looking for a stock to buy today and sell tomorrow, EVO is not right for you.  Investments are used to identify and sign athletes from EVO’s expert scouting team who believe have the potential to become high earners in their sport. This is often a long-term project because some athletes may not earn money quickly or at all. When you invest, you receive real stock in EVO – one share of Class B Non-Voting Common Stock for every $0.75 you invest. In addition to owning equity EVO sets aside 5% of the earnings of each EVO athlete and distributes that pool of money pro-rata to all investors on an annual basis.

For more information or interviews: